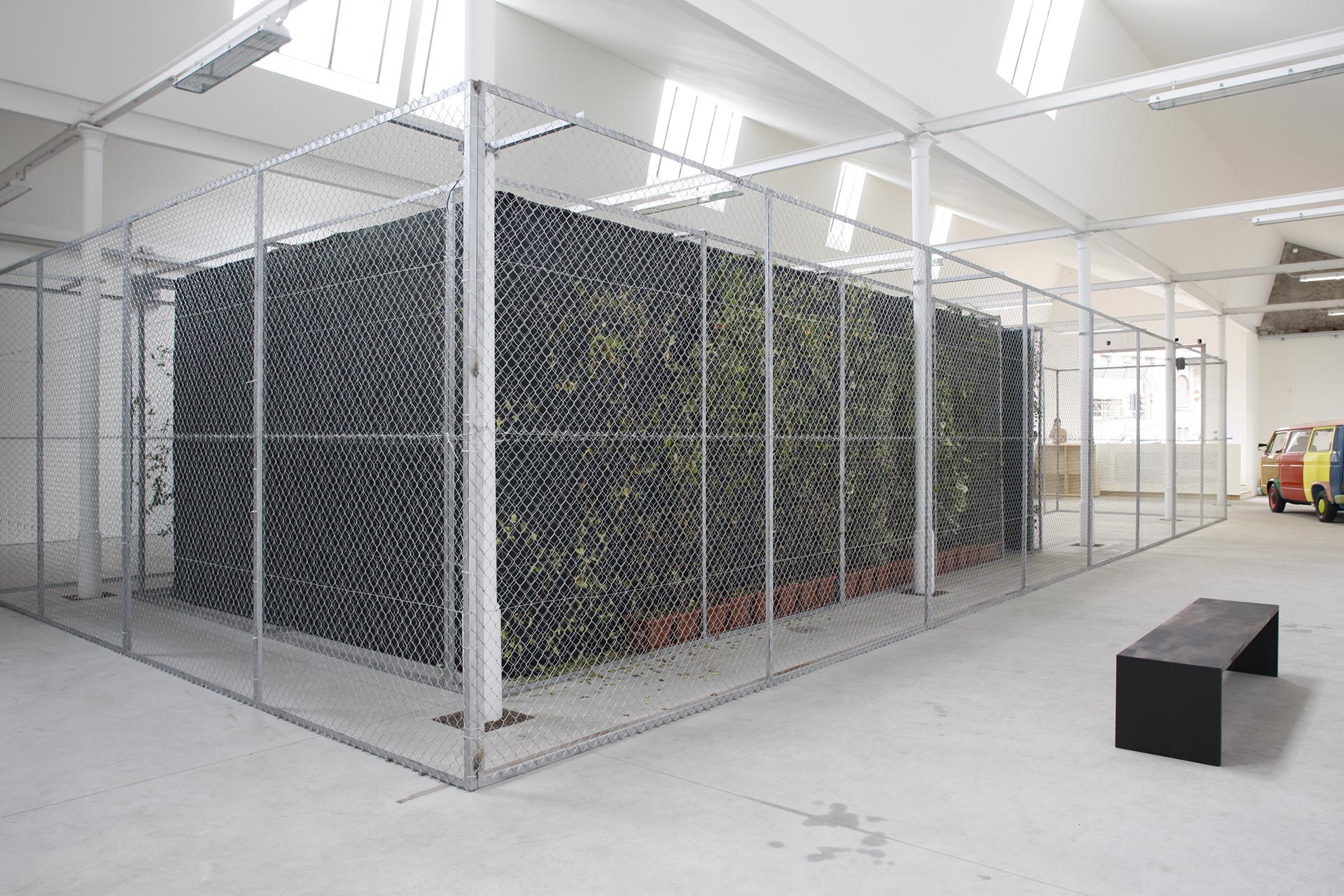 The 13 minute film, Oblique (2008) is an articulation of identity in transition. The entire film was shot on a train moving through a continuous mass built from cities and their adjoining regions. The characters are traveling in the suspended generic space of the train through regions composite of old and new economies and old and new social realities: Newly built outer areas around the cities, construction sites, institutional and office buildings, transitory places, between growth and collapse, marked by quasi-contradictory processes of economic progress and development of slums. On the train coach itself, a targeted but sometimes absurd narrative plays itself out as a linguistic reaction to the time and place.

The installation, Oblique (installation) (2008) is a hybrid environment blurring the border between the film Oblique (2008), and an architectural environment. The installation consists of two spaces. The outer one is a transparent chain-link room with one opening for entrance/exit and long walls blocking off large parts of the exhibition space. The inner space is a double layer chain-link room with a roof and a layer of climbing plants in its walls, giving the inside a darkened but slightly translucent feel. The installation creates a space that is at the same time a marker of borders and ideas of urban property as well as a space to disappear to see the film. 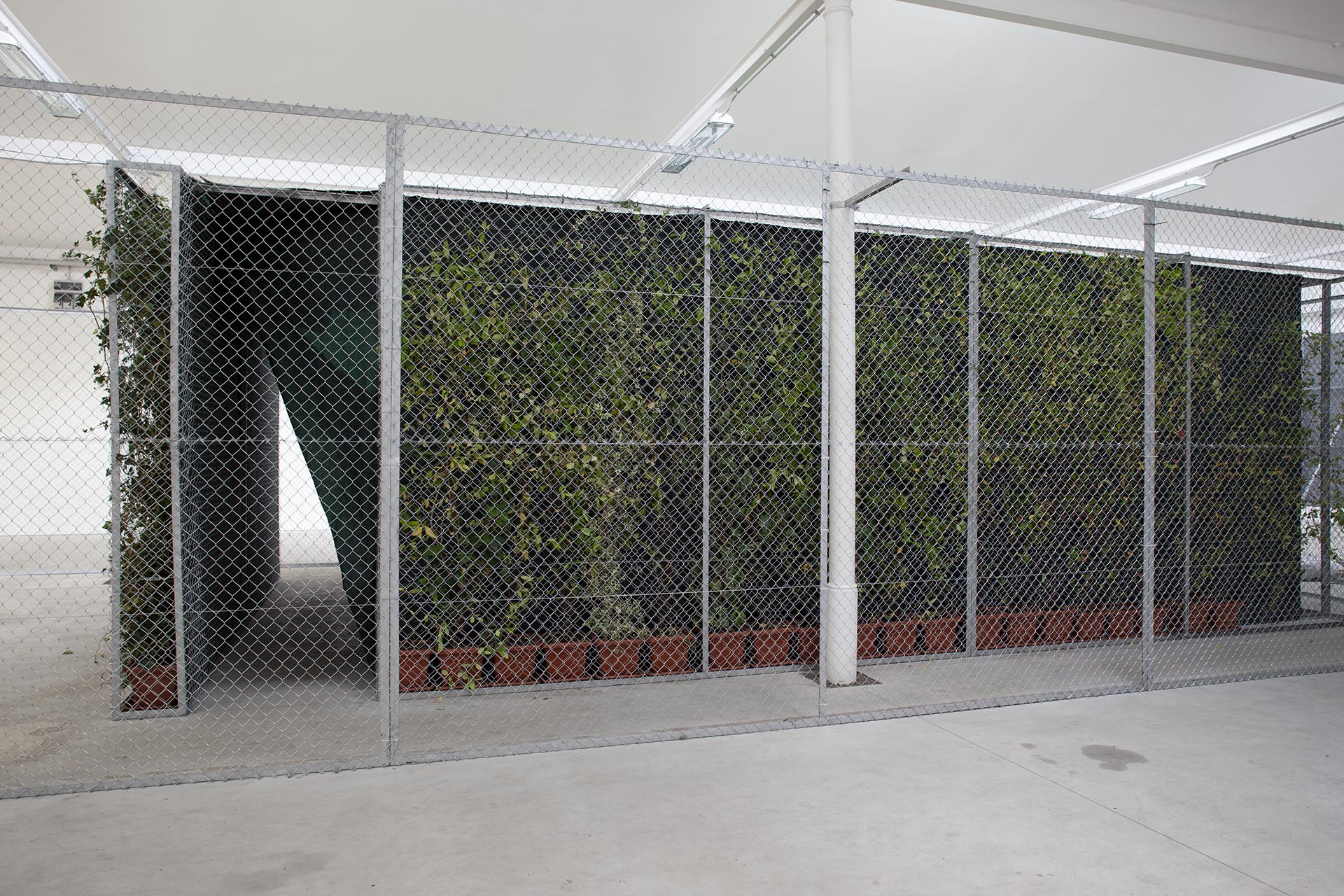 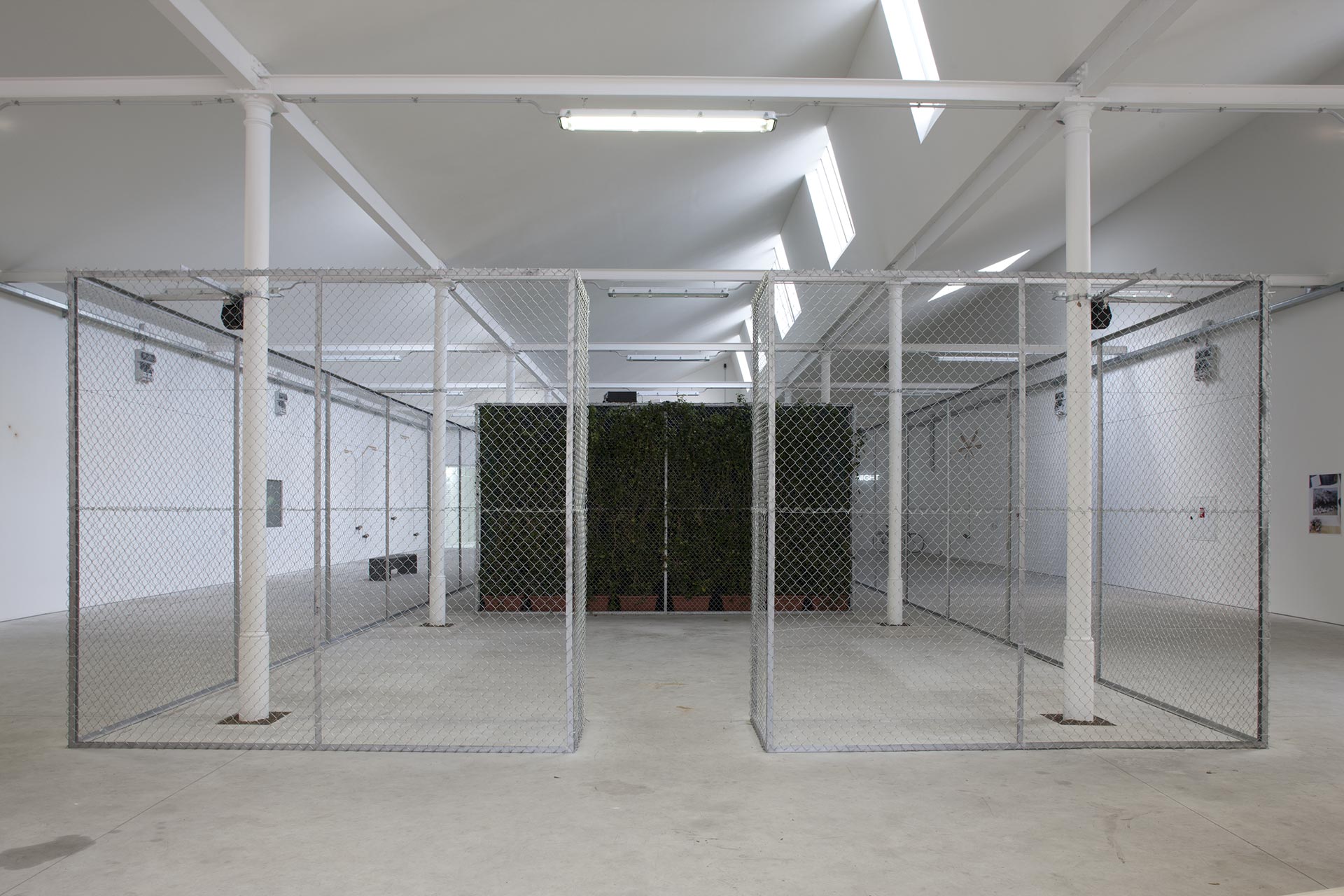 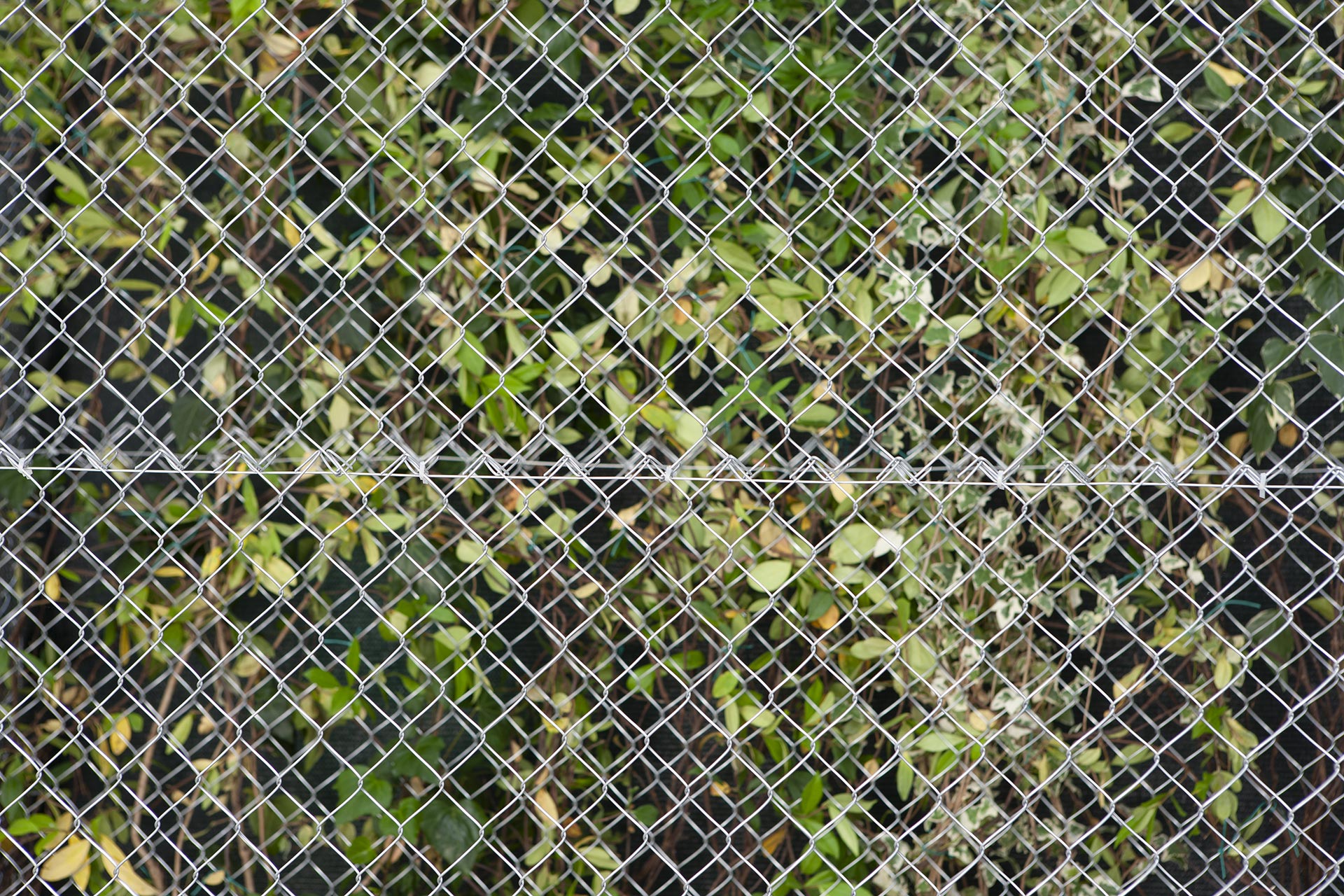 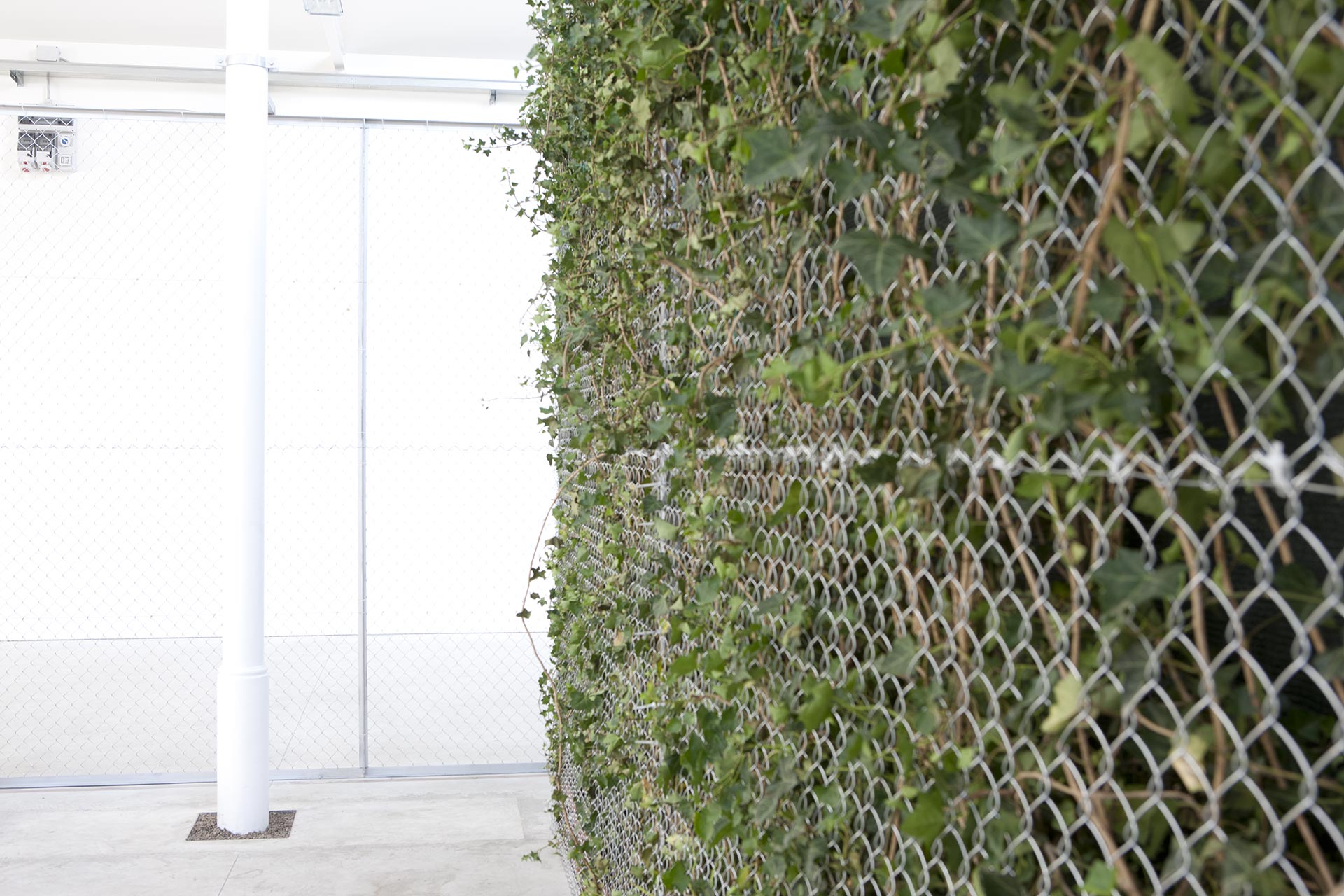 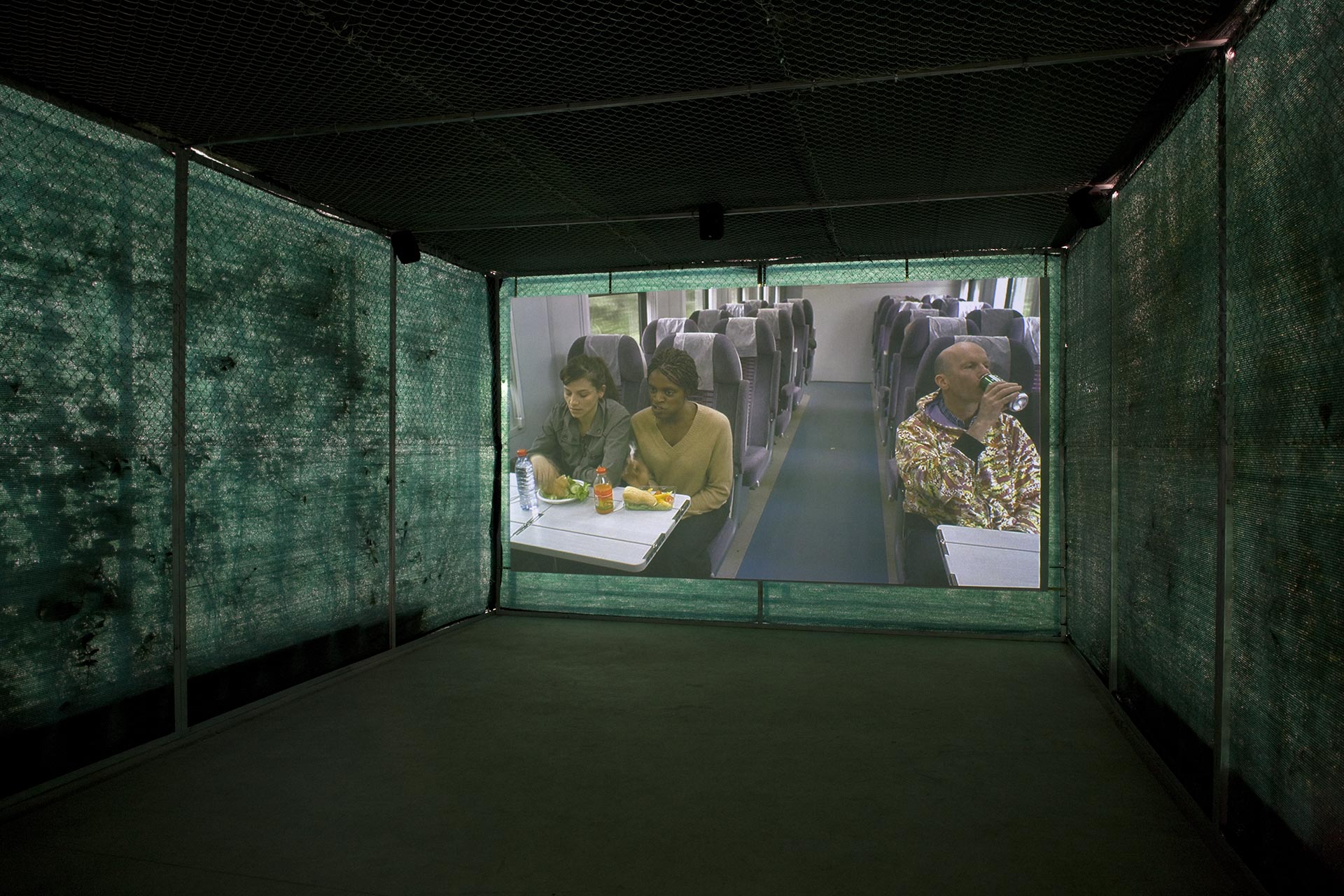 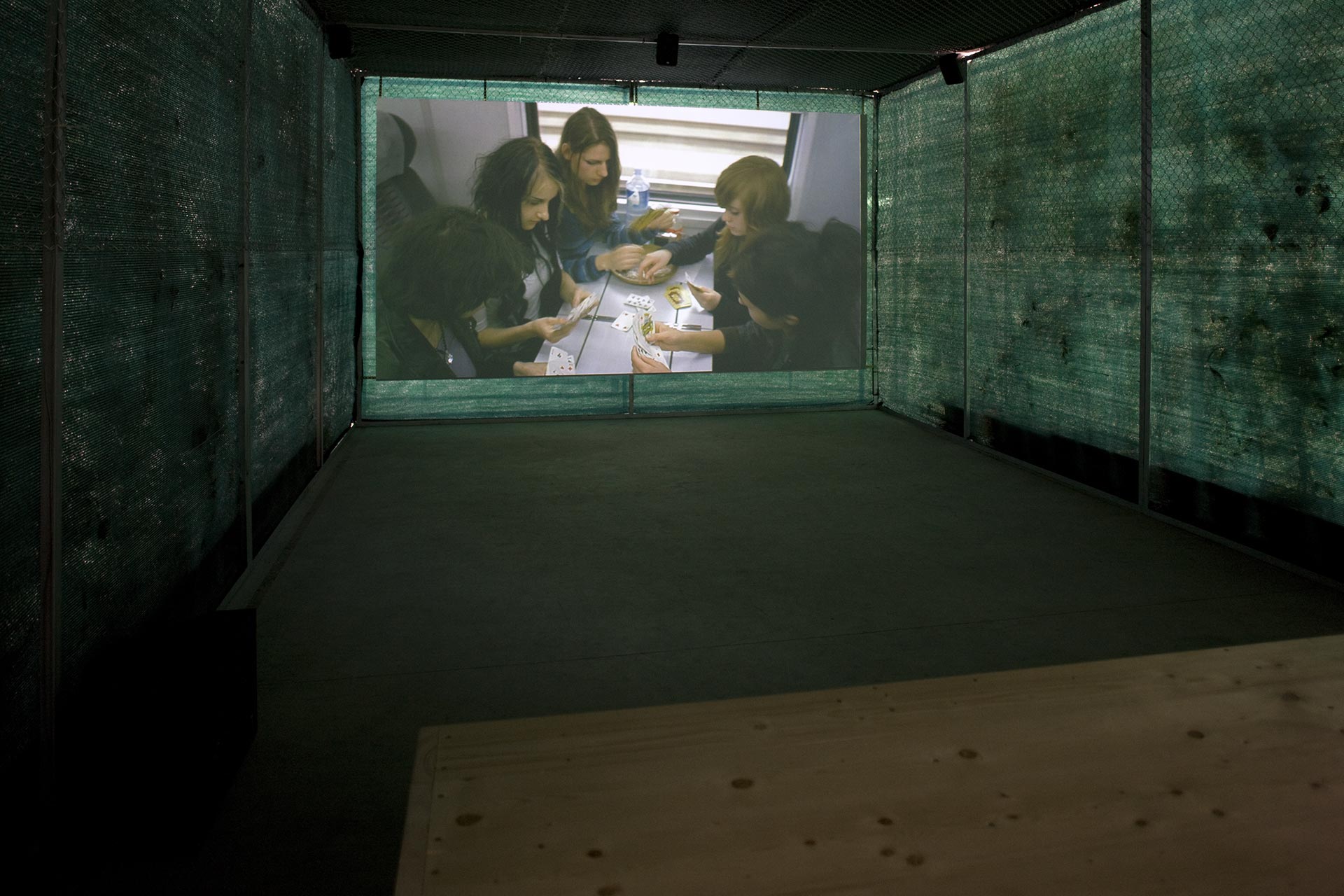 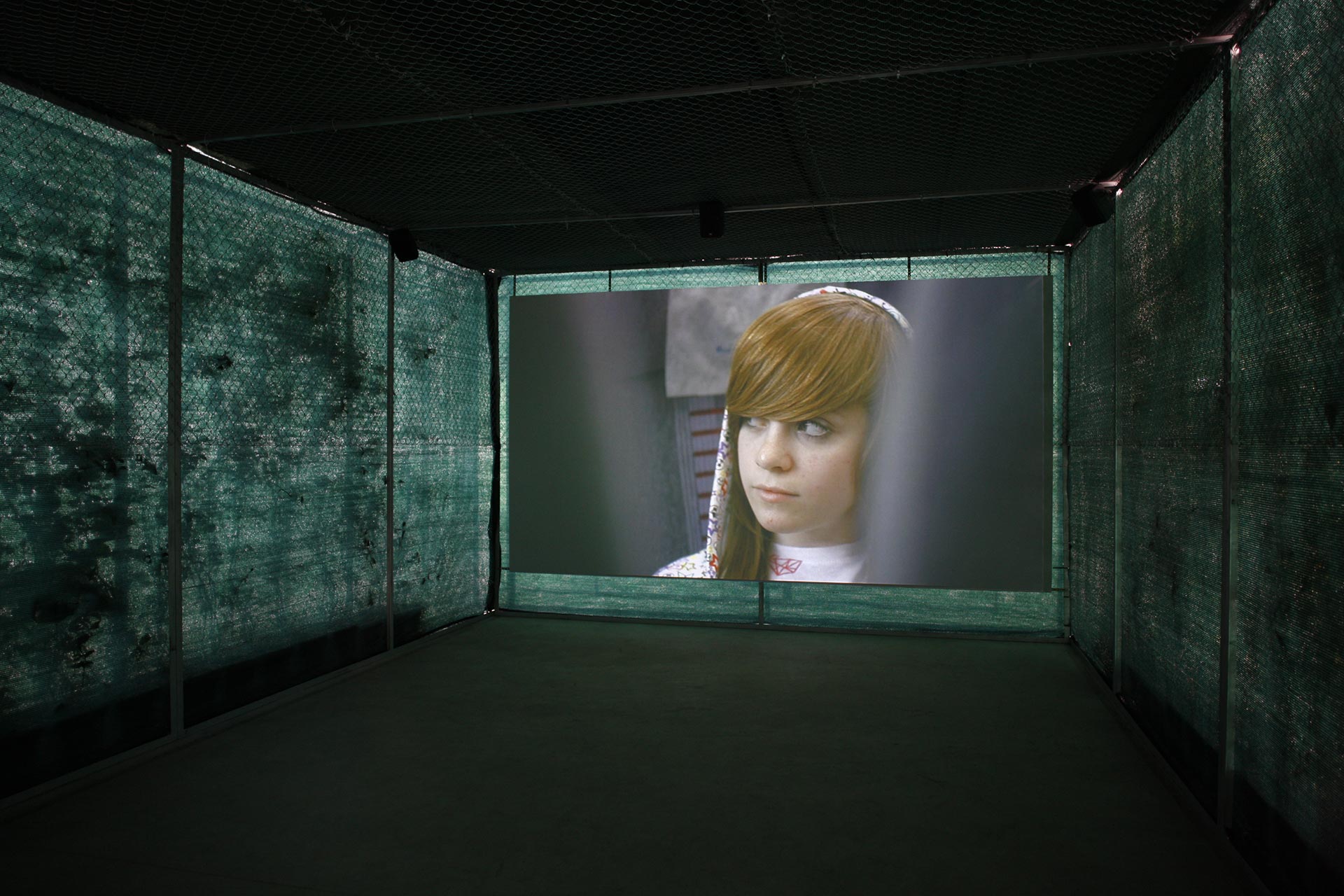 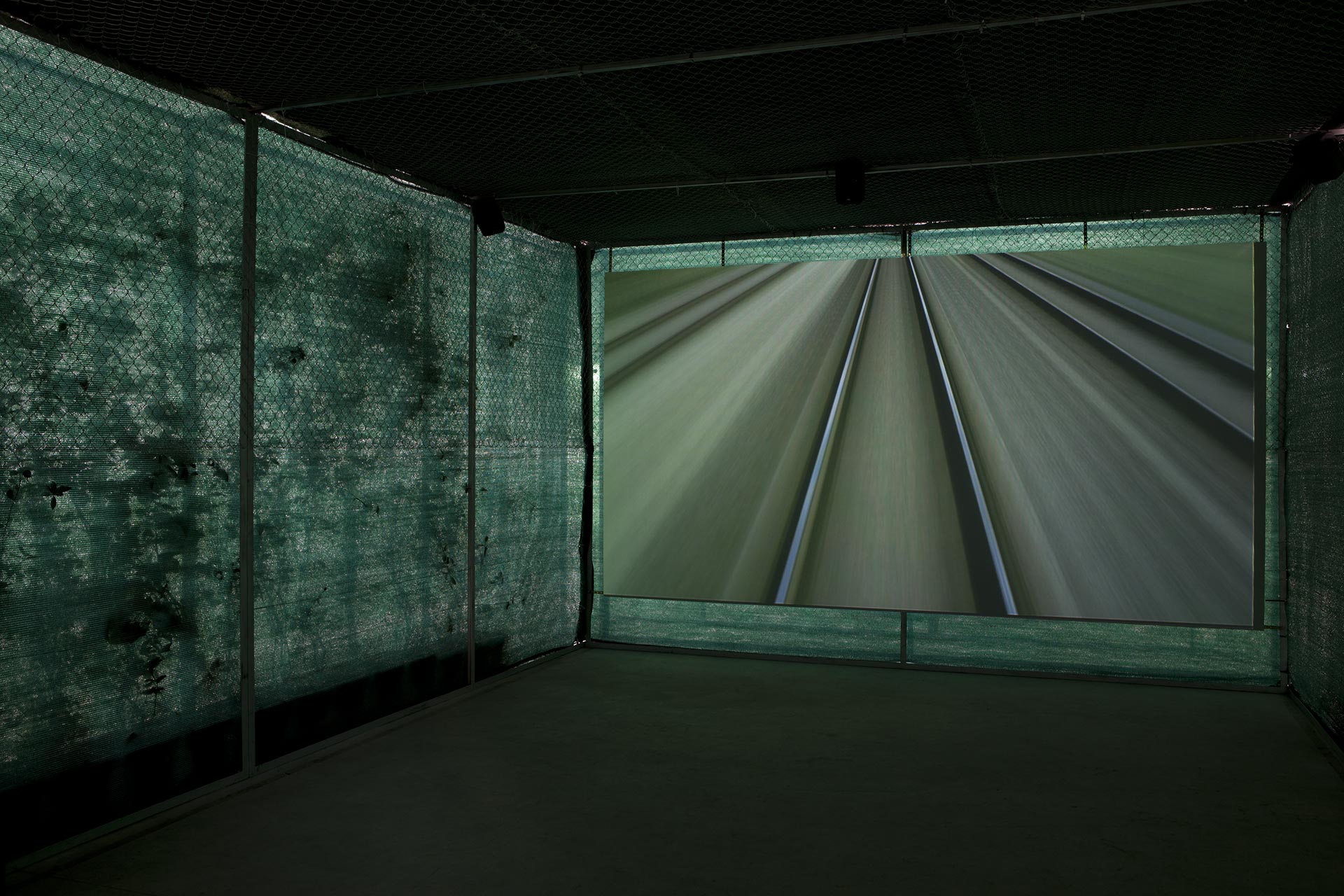 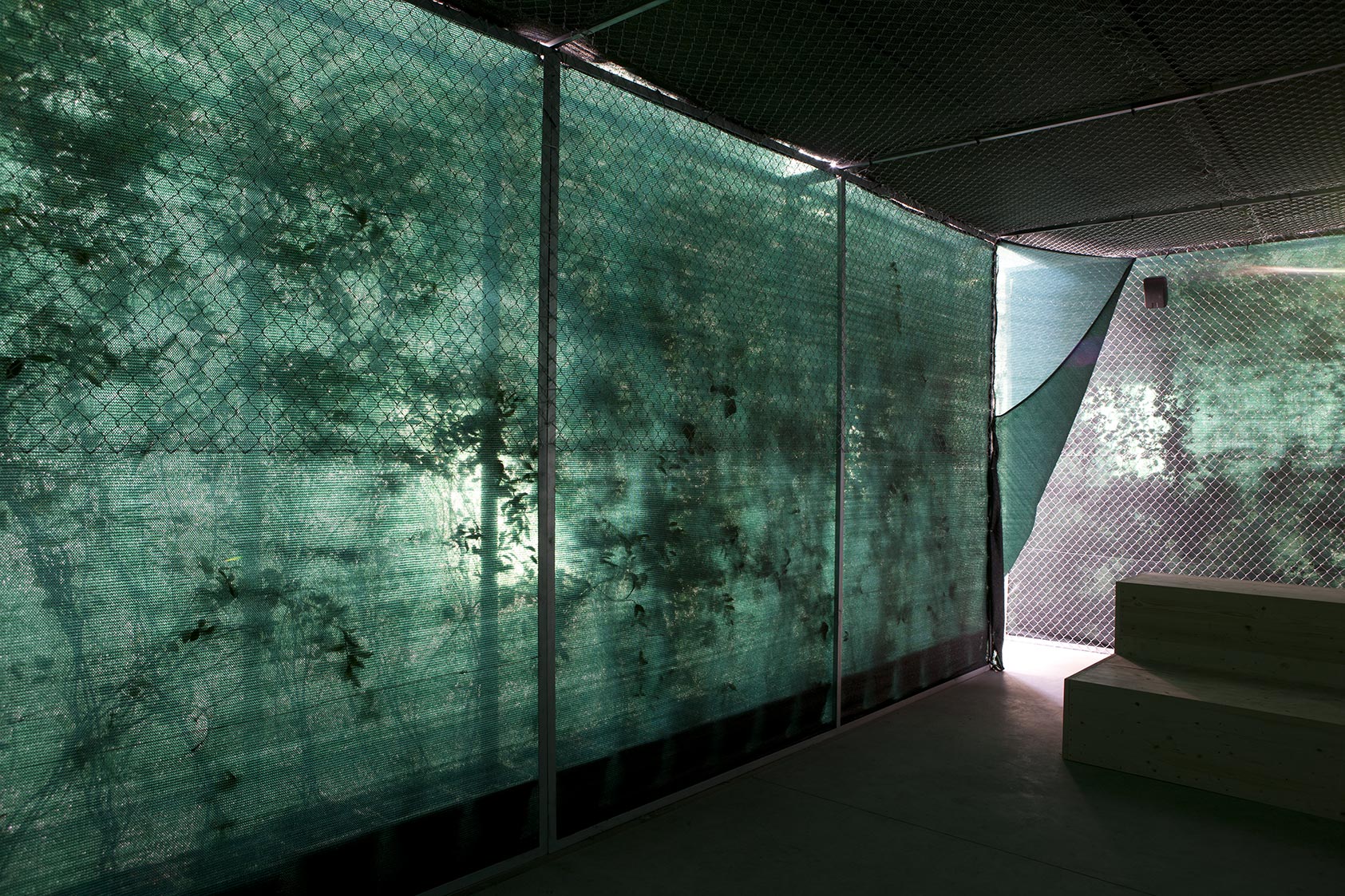