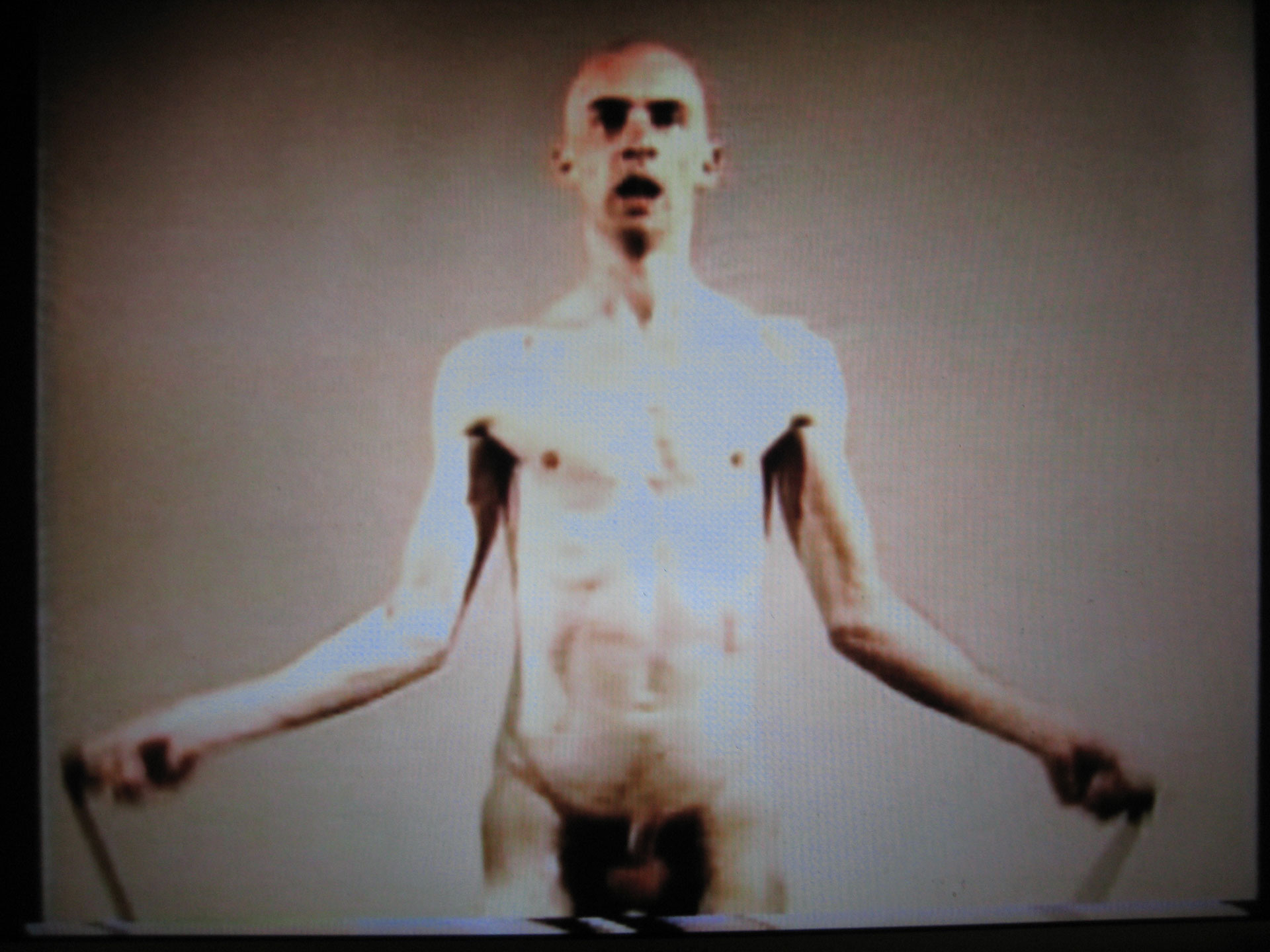 Untitled: Skipping, 1994, is a collaboration with Michael Curran.

The video shows a naked male with a shaved head skipping rope and reciting a verse about the inevitable. The action is quite tightly framed by the camera and the bold head presses up towards the top frame of the video and his penis jumps up and down around the bottom frame, as if oscillating between being erect and flaccid in the same process. The body is both phallic and auto erogenous and sick and exhausted at different times. These initially contradictory positions exist in the video as contemporaneous. The audio’s verse on the inevitable mirrors the repeated and enduring attempts at skipping through the video, and the ritualistic approach to trying again and again to articulate one’s subjectivity and one’s body in relation to the world.
Links
Watch a preview version of Untitled: Skipping
(You will need a password from us) 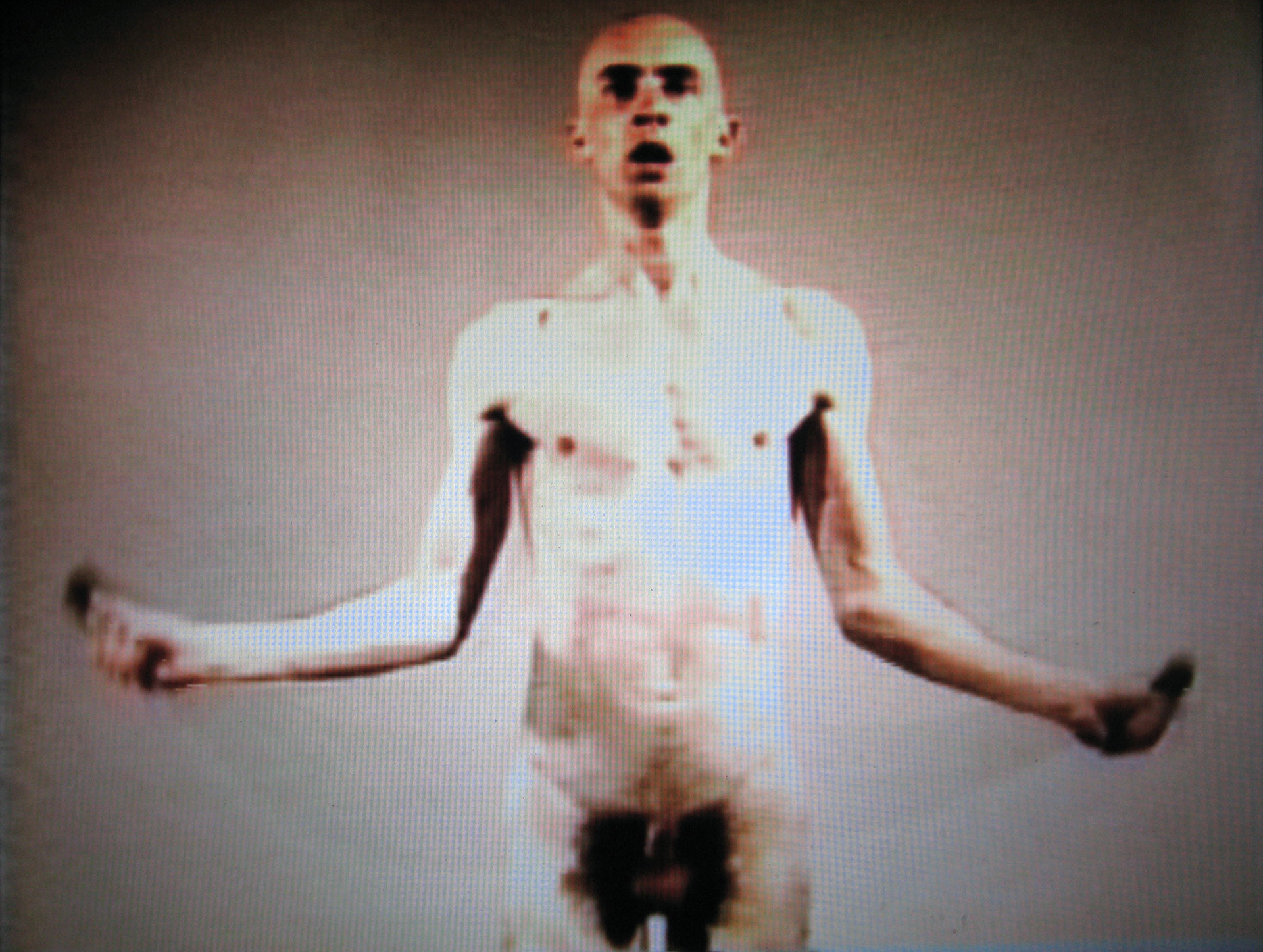 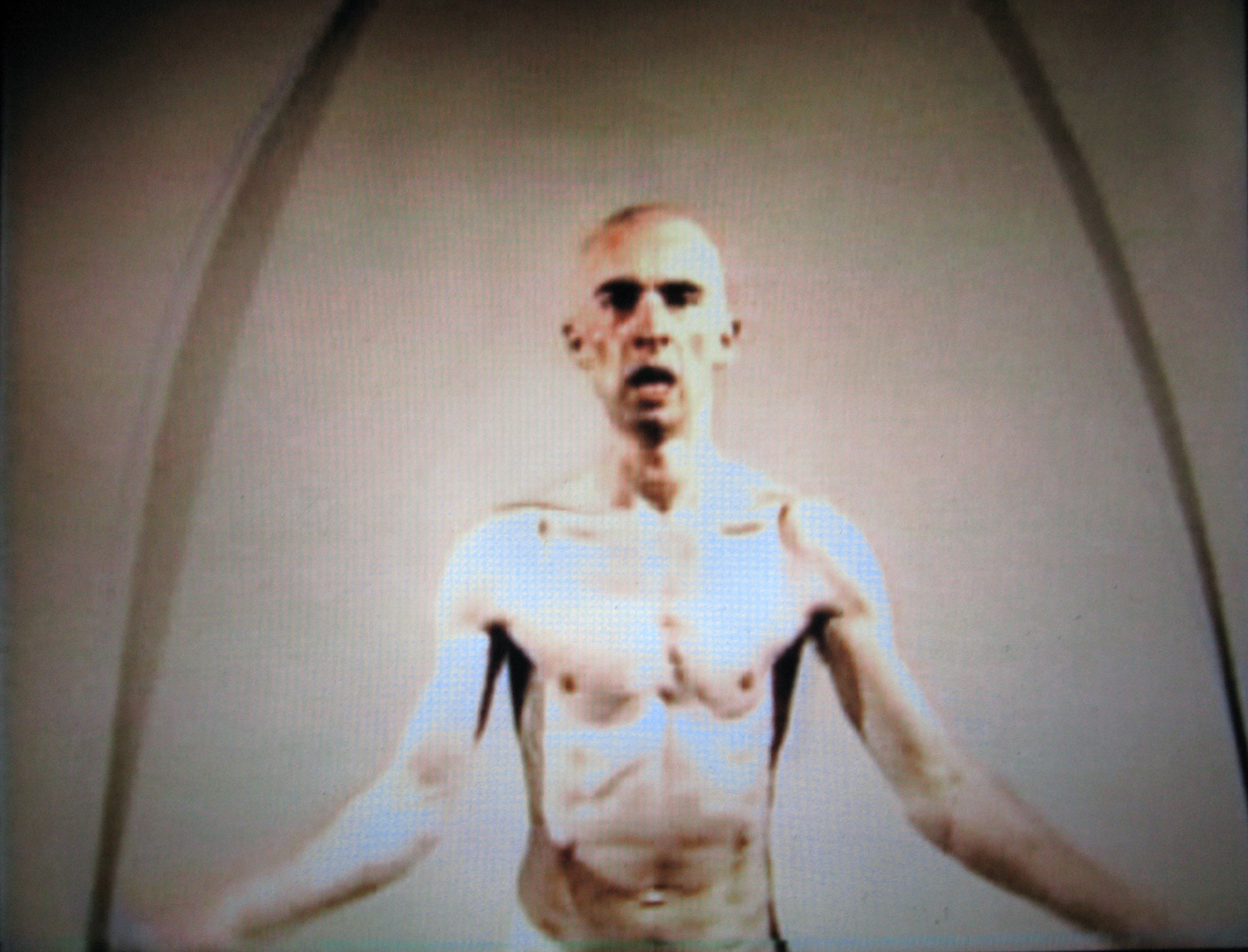