Notes Towards a Dissipation of Desire 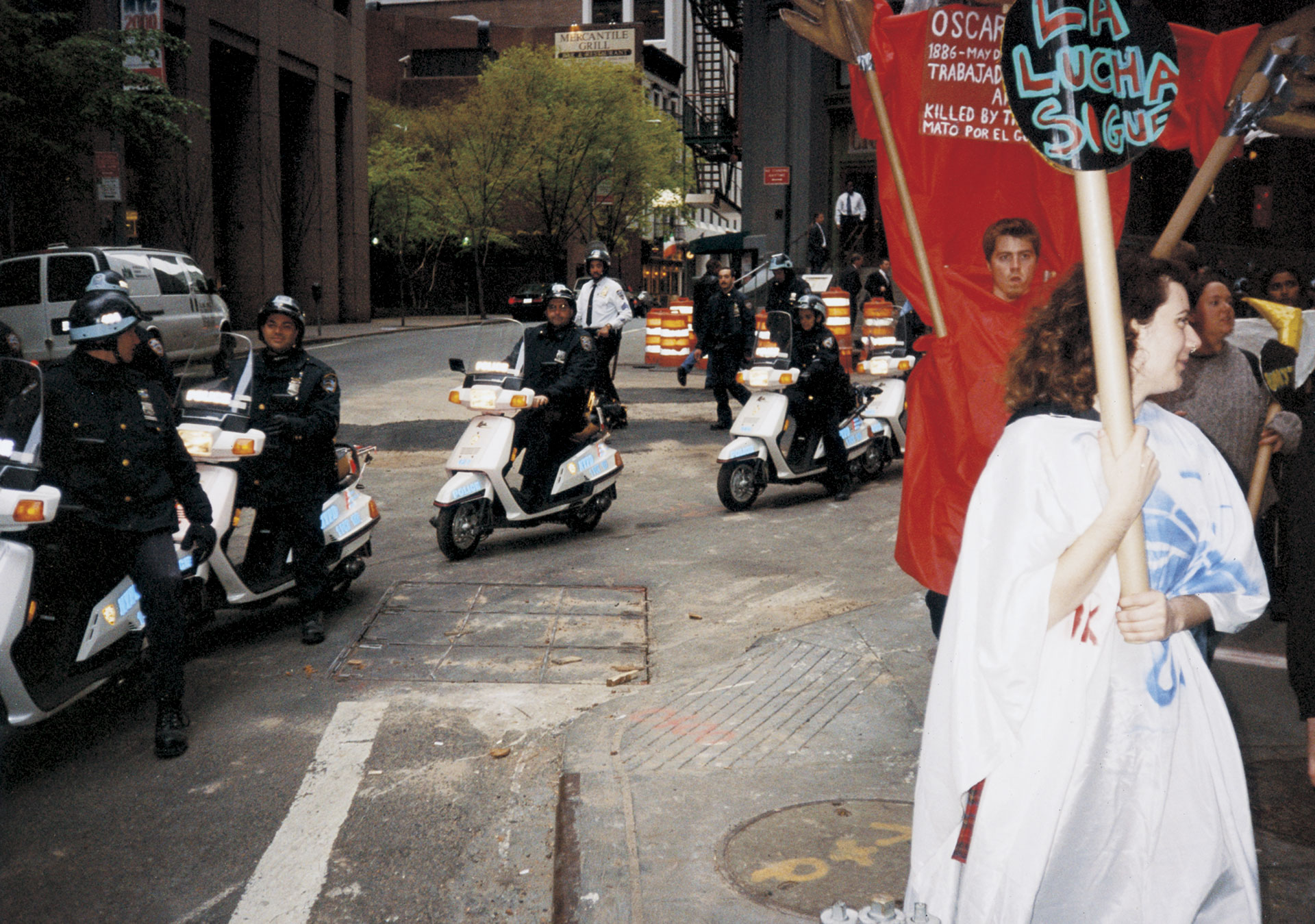 Within a suspended room, the video uses photographs, drawings and moving images to deal with a search for political meaning or political desire. It shows scenes from political protests where the protesters are matched in number by the police and where both groups enter a symbiosis in relation to both the city and political architecture. While the protest scenes represent a desire to have a voice —even within a form that is stale —the drawings represent a condition of apathy and a breakdown of language and the body. Architectural shots frame the video within the economy of the city, architecture of surveillance and ghosts of social programs.

What Notes proposes is a contradictory enterprise fully dependent upon the waywardness of desire: a project that begins in the occupation of schisms -- between the image of power and the touch of forbidden associations.

At the center of Notes the video camera follows a small protest through rain-drenched streets. The videographer plays catch up to the march, trailing behind a line of police vans and then, later, from across the street. The distance is irreducible. Interrupting this scene is a series of crudely drawn sketches of figures. What should be projections of triumph, moral certitude and political speech, are in fact imaginings of brokenness. A figure flees the scene. Another has stumbled to the ground. One figure takes cover within an auto-embrace that suggests pain, disappointment, exhaustion, despair. For one figure, all that we see is a hand resting between a green sleeve and a field of blue darkness.

In the long march framed on either side by neither certitude nor heroism, no other strategy is possible. Notes is a video, not for artists or even for the ephemeral activist. Notes is a guide for organizers of rage and hope. 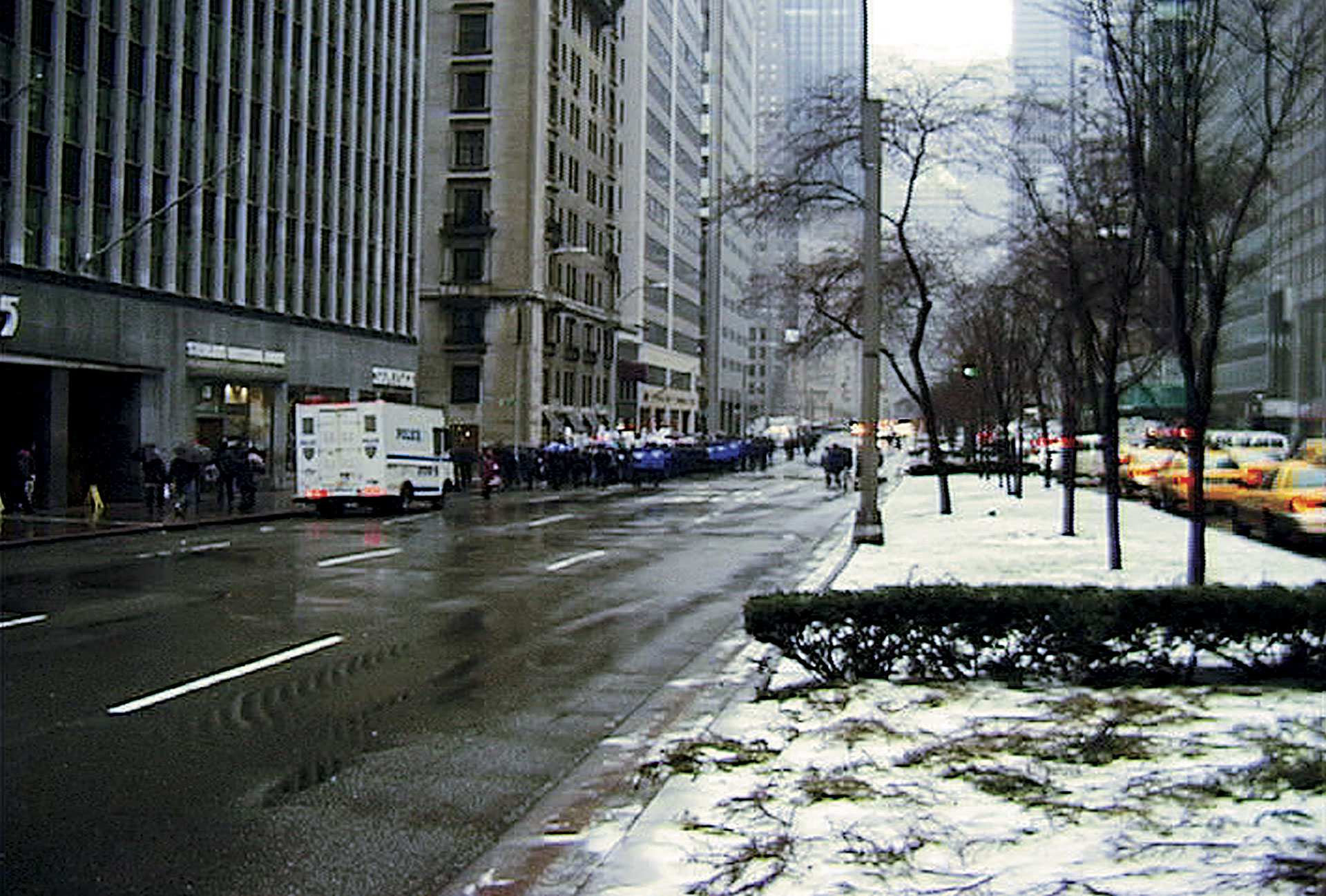 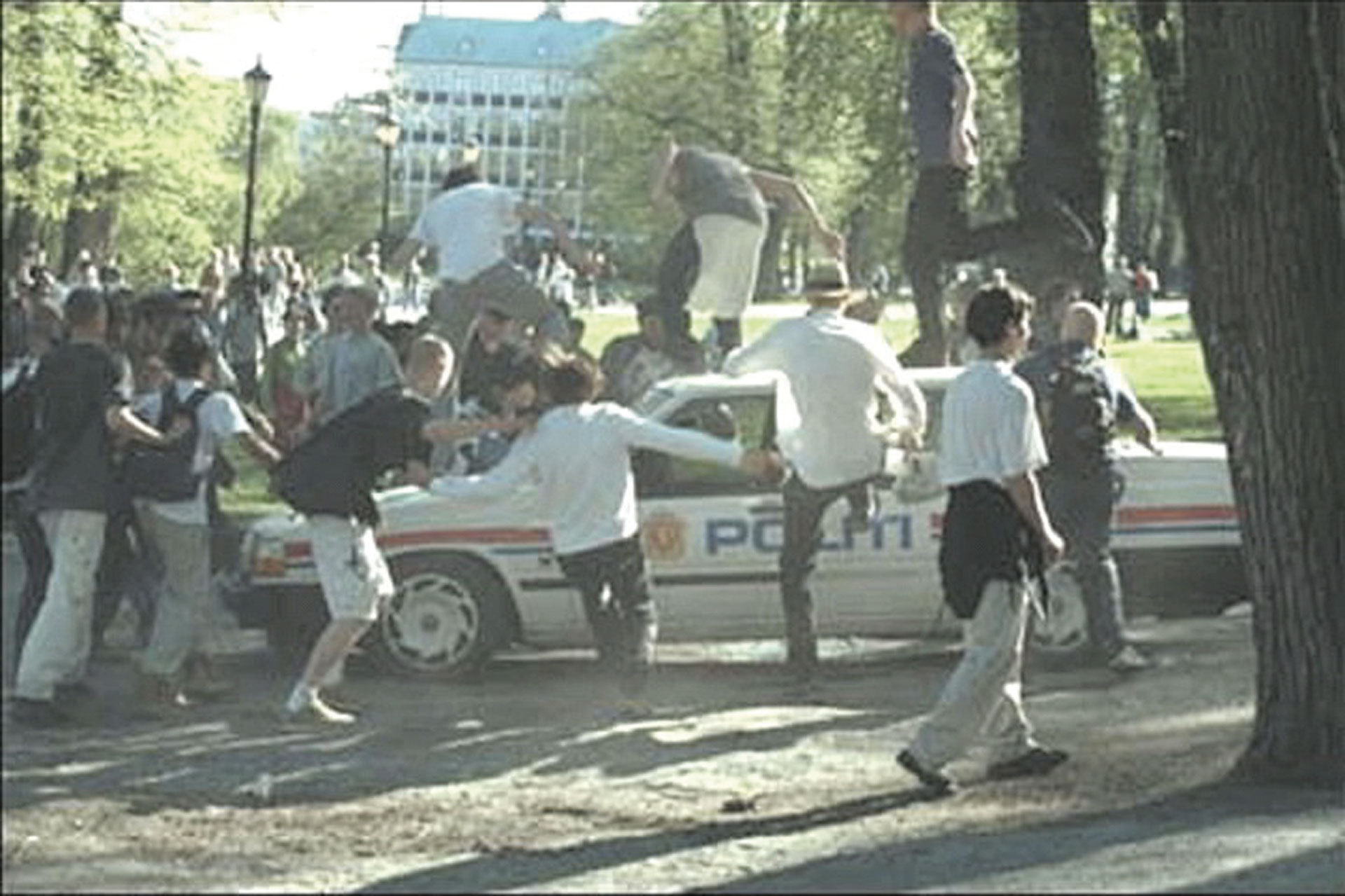 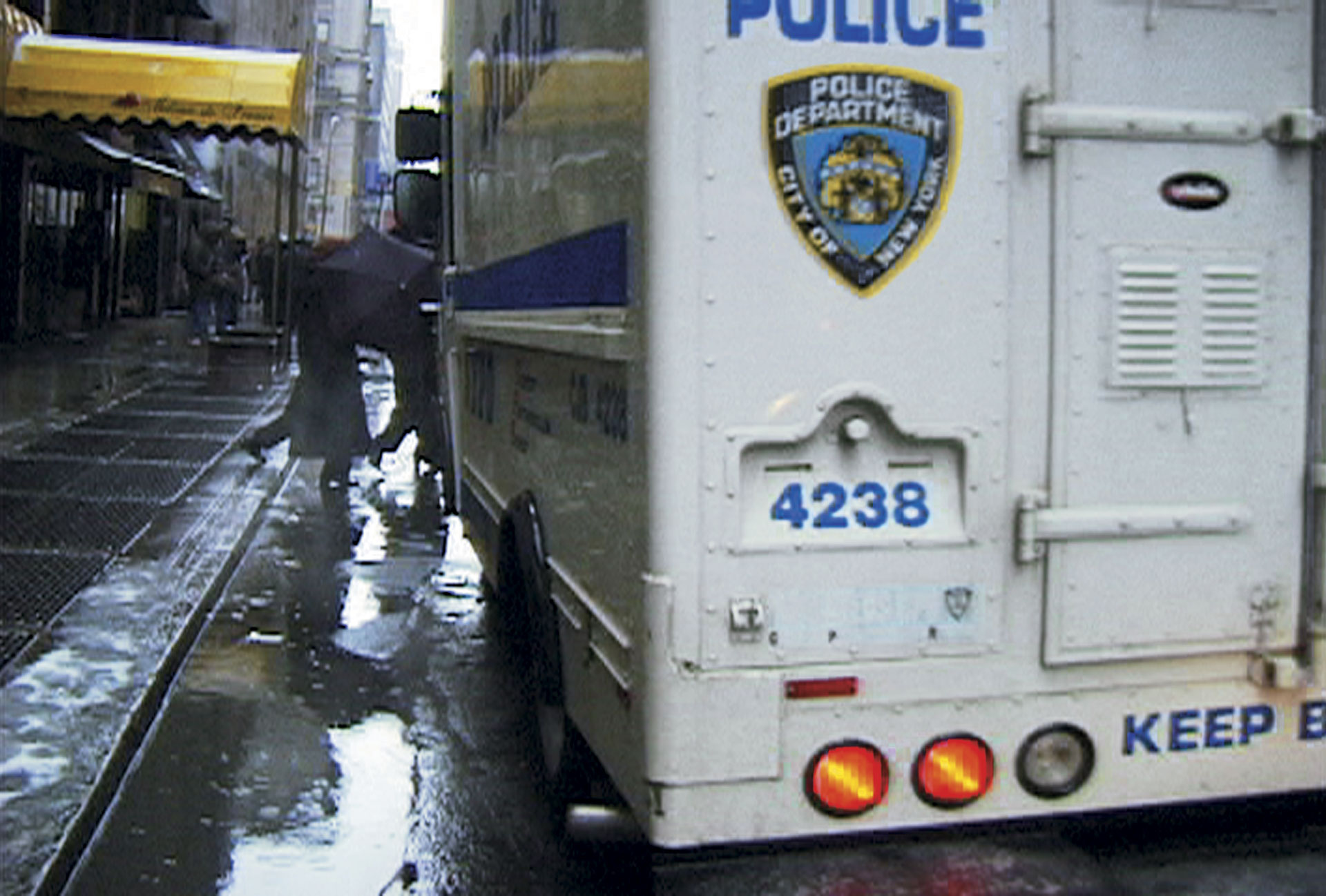 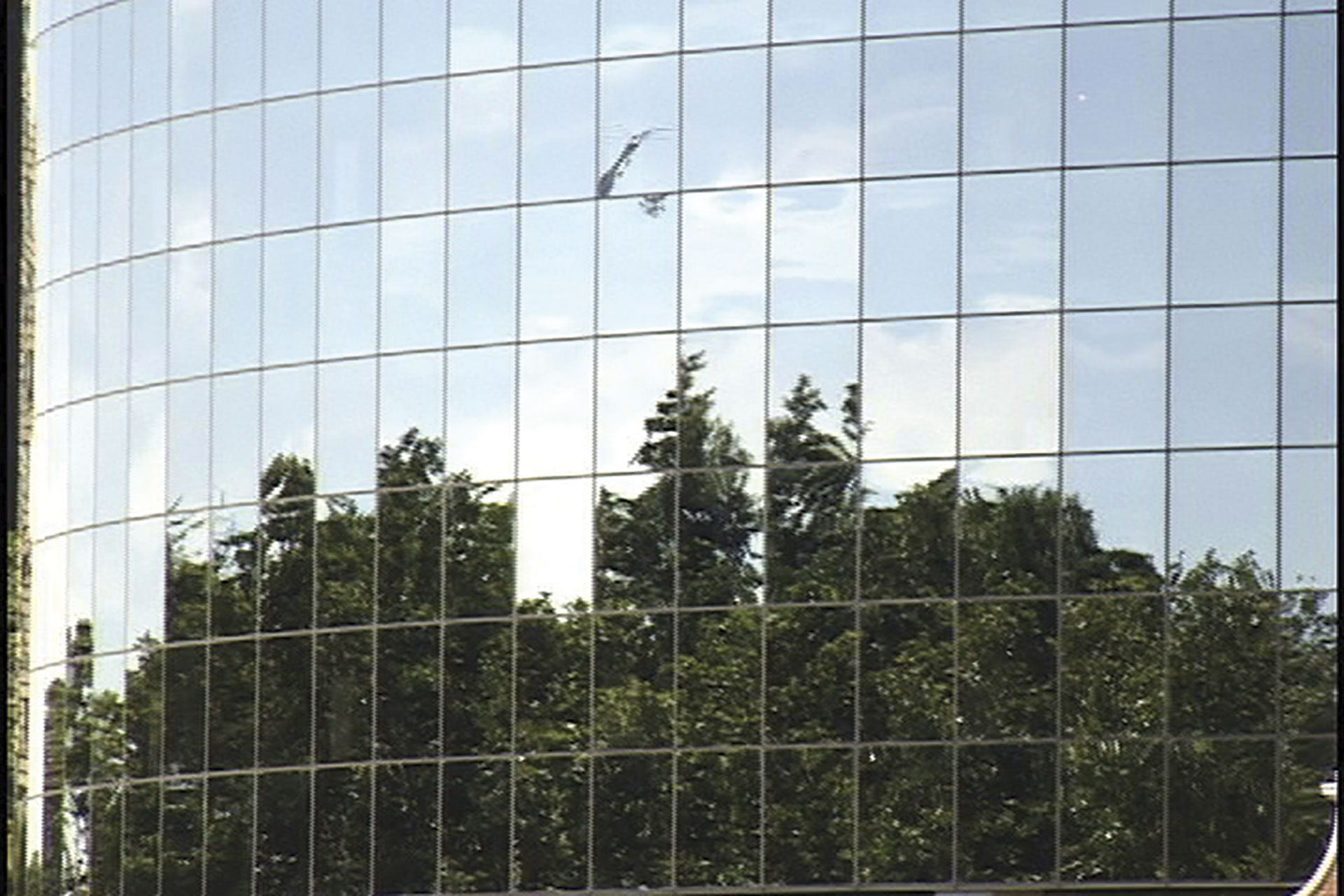 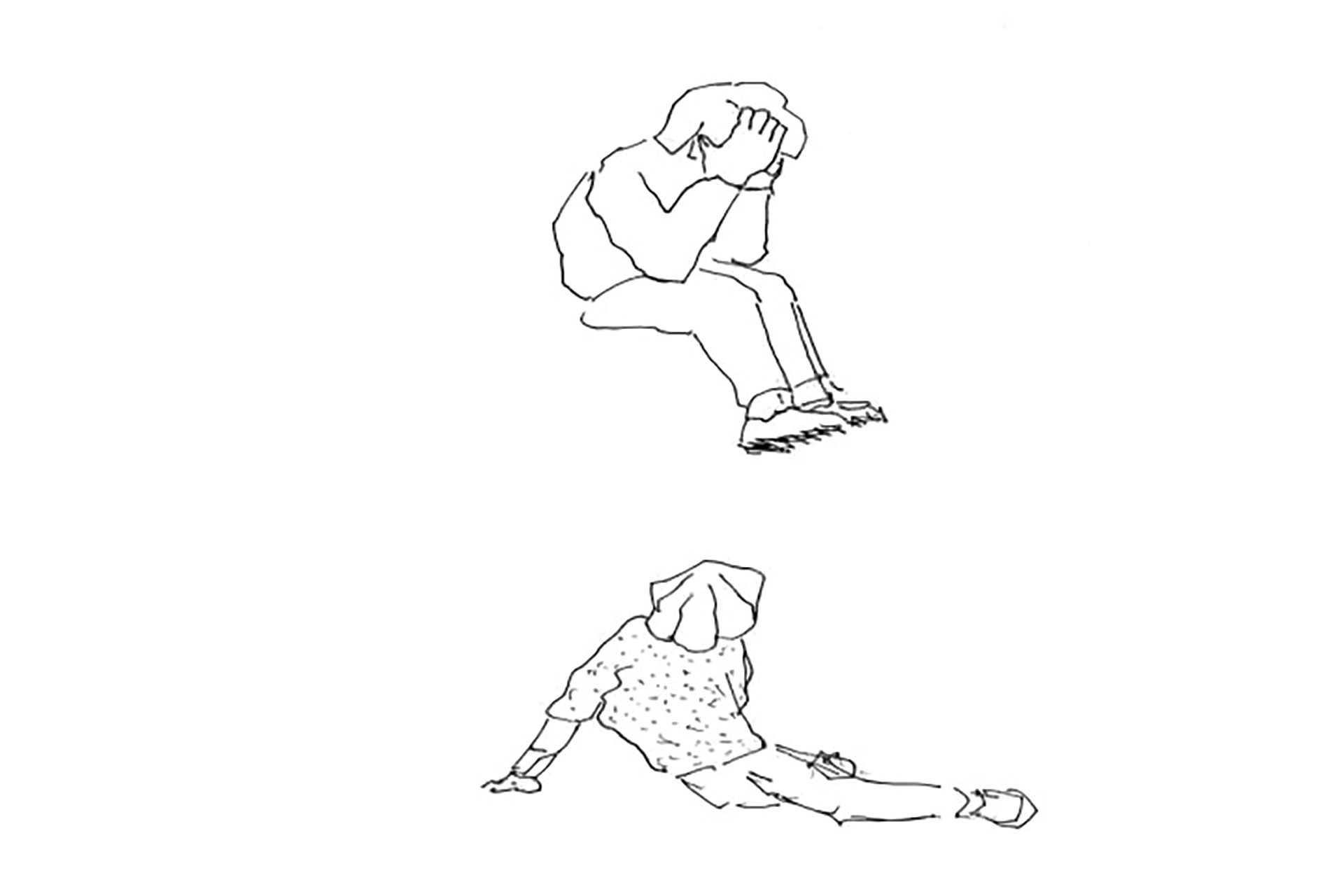 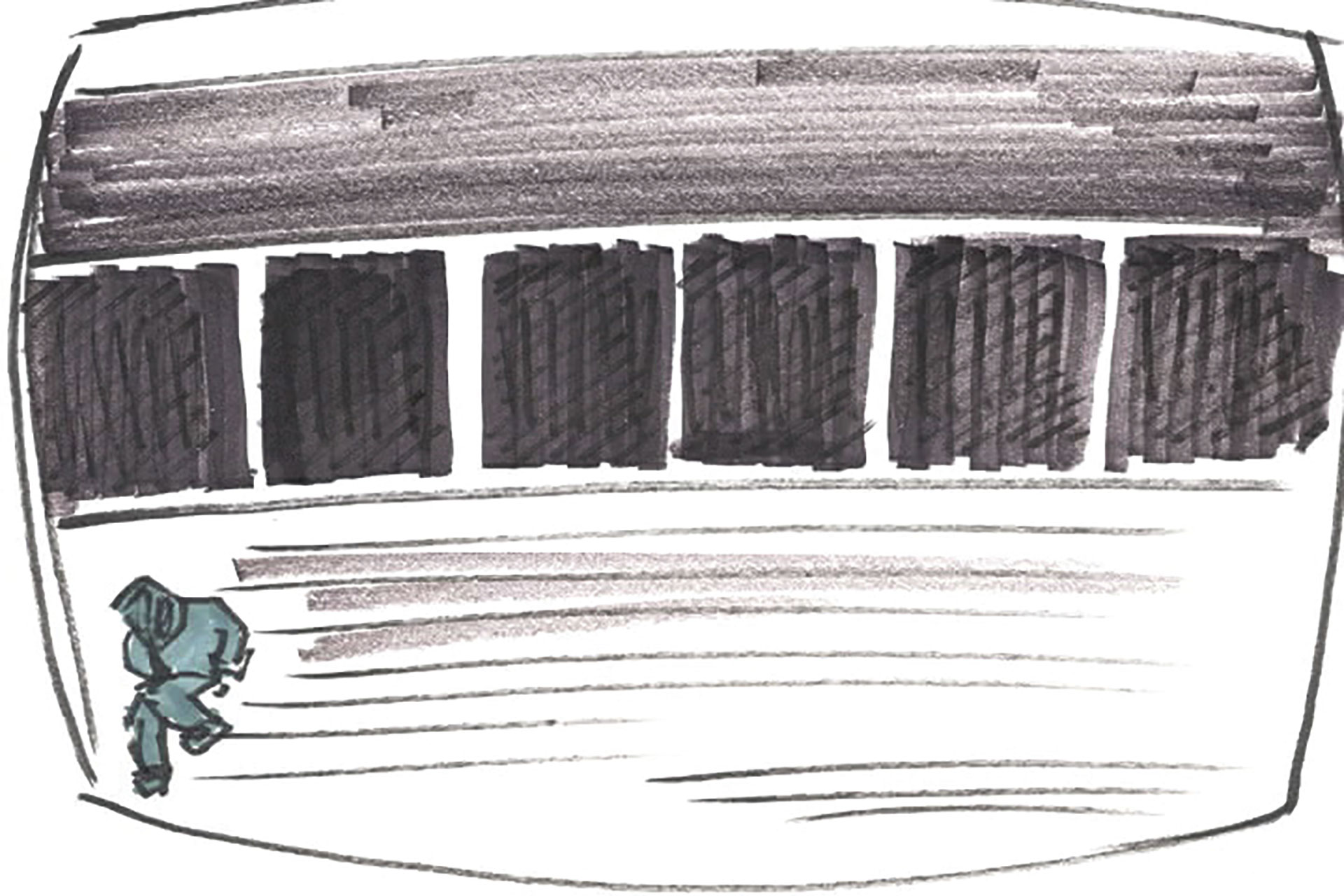